Shuffling feet and the general buzz of conversation made lectures a trial for Gemma Long during her first degree. She suffers from sensory overload connected to her autism, which was only diagnosed after she graduated. But when she started a teacher-training course years later, she received access to software to help her cope with dyslexia and found it transformative.
“I struggled to understand the point of lectures until I got that software,” recalls Long. “I didn’t realise how much useful information was in them. As someone who is hypersensitive to noise I spend most of my time in lectures trying to filter out the background noise, which means I miss much of what the lecturer is saying. Being able to audio record the lectures and listen back to them in a silent room meant I was finally able to digest the content.”
Technology is breaking down barriers faced by students with disabilities. Online journal articles now mean that those with visual impairments can zoom in to read printed text or convert it to easier-to-read formats such as braille. Universities are also increasingly recording lectures which students can replay at their own pace, which benefits students with dyslexia or attention deficit disorder too.
According to Alistair McNaught, a digital learning consultant, universities are increasingly tracking how students learn, and then directing them to the accessible resources most suited to their personal needs. McNaught appreciates the way assistive technologies can help all students — whether they have a disability or not — but stresses that it’s important for universities to get the basics right first. “Many higher and further institutions have inaccessible websites or inaccessible digital content. If the content is inaccessible, investments in assistive technology can be undermined at a stroke.”
“Universities just need to get better at promoting the support that’s already there,” says Gemma Long. “Making specialist software and training generally available, rather than confining it to disabled students, makes it more widely known, as well as removes stigma.” For someone like her, who received her diagnoses late, it would have been particularly helpful. To this end, the assistive technology network she founded to represent staff who support their disabled students with tech, will hold its first awards ceremony next month.
Universities are slowly tackling the barriers for disabled students. There’s more yet to come: the prospect of virtual reality – particularly when it comes to fieldwork. “It can be incredibly difficult for a disabled student to get a wheelchair on to a salt marsh,” says Piers Wilkinson, a researcher in the area. “But if the learning aims are being immersed in an environment, and making discoveries, virtual reality an achieve that.”

O texto contém várias citações de pessoas relevantes para a discussão do tema em questão. Assinale a citação que, mais do que apenas descrever um fato, expressa um ponto de vista sobre ele.
a) “Being able to audio record the lectures and listen back to them in a silent room meant I was finally able to digest the content.” (2nd paragraph)
b) “Many higher and further institutions have inaccessible websites or inaccessible digital content.” (4th paragraph)
c) “Universities just need to get better at promoting the support that’s already there” (5th paragraph)
d) “I struggled to understand the point of lectures until I got that software” (2nd paragraph)
e) “I didn’t realise how much useful information was in them.” (2nd paragraph) 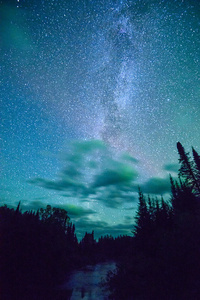